Chris Samuel is a Swiss singer-songwriter who hails originally from the USA, where he was born before moving to Switzerland as a young boy. He started playing guitar when he was 13 years old and later gained experience in front of live audiences as guitarist - and then vocalist - with the hard rock band Drizella.

Since 2017, Chris has increasingly taken to the stage as a solo artist. Studying at the renowned Académie Gustav in 2018/2019 opened up new opportunities and led to performances in famous Swiss music festivals (including  Gurtenfestival, Am Schluss, PodRing, Stars of Sounds...).

A first EP is on the cards, with recording being taken care of by Swedish producer Andreas H. Eriksson.

Musically, Samuel’s style is modern folk with influences ranging from country to pop and rock.

Igor Jovicic, alias Igor Iov, is a Serbian-Swiss singer-songwriter. He is 21 years old and hails from the Swiss canton of Vaud. He’s currently studying Economic Science at Fribourg University, but devotes his time and effort to music. His musical passion began as soon as he held a guitar for the first time. Today, he writes songs that could be described as mainstream – he thinks this is the best way to make a connection with everyone. His ambition? To make music for all. In 2018 his first single – Pressure - came out, its main message being that life is worth living. “Nothing should stop us from doing what we love,” he says. Pressure isn’t always needed. 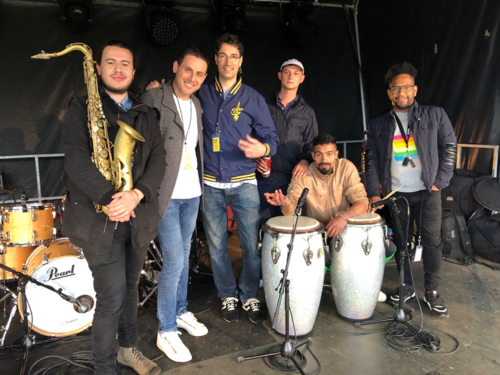