Akt Ando are based in Switzerland, featuring musicians from all over the world. This multicultural make-up - and the different influences that each musician brings - create a unique sound that Akt Ando have already toured all over Europe.

But who’s behind this band that’s driven by a desire to wow fans everywhere they play?

Akt Ando were founded by composer and arranger Jérôme Gloppe. Thanks to his talent, Akt

Ando don’t just cross musical frontiers, they unite nations too. Each band member comes from another part of the world and shares their own cultural and musical influences.

This shines through in their music and plays a big role in their live performances too. Akt Ando ties Switzerland, Venezuela, Greece, Colombia, the UK and Serbia, using this cultural melting pot to send a message of peace and humanity on stage.

But Akt Ando do more than unite countries from around the world: they also mix various musical styles. Their main influence for harmonies, improvisation and rhythm comes from jazz, with inspiration provided by the greats, like Thelonious Monk. Hip-hop plays a big part too, combining electric and acoustic segments. Akt Ando shares their message in English and Spanish.

Last but not least, Latin American music also features, from traditional tempos like salsa and funk to afrobeat, not forgetting reggae and soul. Together, this creates an incomparable, unique sound.

After their last album - “Earth” - the group’s founder and keyboard player Jérôme Gloppe is heading off on tour with his fellow musicians: Edwin Sanz (drums), Felipe Cardenas (saxophone), Dimitri Christopoulos (bass), Branko Milojkovic (rap) and Pablo Watusi Martinez (vocals). Above all, Akt Ando aim to motivate as many people as possible with their music – if possible, all over the world. After their Swiss tour dates, the group plan to head to  Germany. 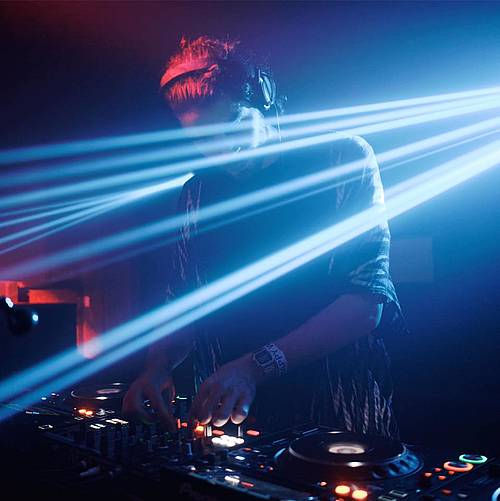